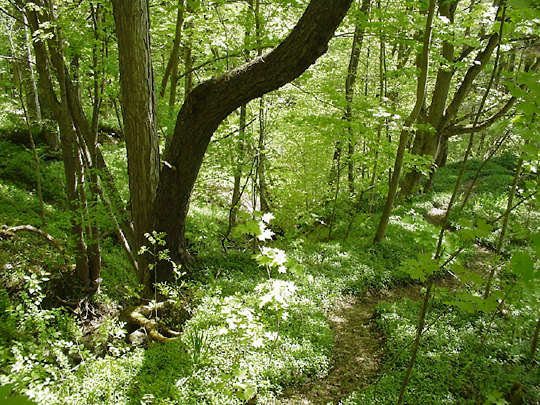 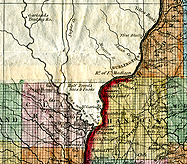 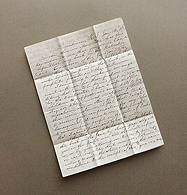 Or CLICK HERE for a smaller, Microsoft Word version, 10 MB. 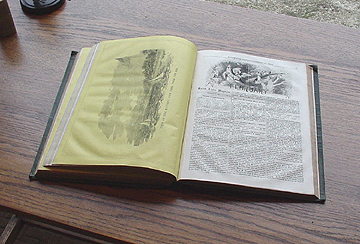 11¾ X 9 inches (binding). 384 pp. + preliminary leaves and numerous plates. Twelve monthly issues, most with a full-page engraved plate at the front, plus numerous fine engravings in the text. Not collated, and apparently LACKING at least one plate called for in the table of contents. Orig. blind-decorated green cloth. Binding tight but with medium wear and some dampstain to front board; moderate dampstain to the first pages. Generally quite pleasing, and the engravings well done.

Lamazow 621a, noting that, "For a time, it strived to compete with Harper's New Monthly . . ." I would say it did well, at least in this first issue, with articles and illustrations on subjects worldwide, including a lengthy article with pictures of printing presses and the manufacture of printing equipment. Much on Russia, including a few excellent views of Moscow. Also, New York views throughout. Portrait of Sam Houston, p. 141 ("This brave but somewhat eccentric man . . ."); "Interior of I. M. Singer & Co.'s Sewing Machine Manufactory," full-page engraving facing p. 161; "Winter Palace, Residence of the Imperial Family, St. Petersburg," full page on bright yellow paper facing 224; article stating that Eucador [sic] has sold the Galapagos Islands to the United States for $3,006,000, p. 277; "Ancient American Battle-Mound," full page on light yellow paper, showing large numbers of ancient combatants fighting on tiers of a sort of steppe pyramid, facing p. 353; "Copy of an Inscription in Phoenician Characters on a Sarcophagus, Disinterred within a mile of the city of Sidon, on the 19th of January, 1855, made by Dr. C. V. A. Van Dyck," facsimile of the transcription, two full pages, 380-31.

"MORMON DIFFICULTIES!  POPULAR SOVEREIGNTY." Article in the December 15, 1854 issue [I:8] taken from the Ohio State Journal fills approx. nine column inches of page 250, and discusses the runaway judges. Brigham is settled into his position as Governor, and it will require the military to remove him. He is quoted from the Deseret News of March 10, preaching as follows:

"Every man that comes to impose on this people, no matter by whom they are sent, or who they are that are sent, they lay the axe at the root of the tree to kill themselves. They had better be careful how they come here, lest I should bend my little finger."

This looks very much like a declaration of war against the rest of the Union. It is at least a defiance that is full of evil omen for the future peace and well-being of that Territory. . . .

Indeed, in less than three years, Federal forces had entered the Territory, and the Utah War was in full bloom. Ironic to Book of Mormon interest, the article immediately preceding this (eight column inches on pp. 249-50) describes "WHITE INDIANS OF THE SIERRA NEVADAS" who "have a tradition . . . that their fathers came from across the great waters . . ." (p. 250).