?    When Joseph Smith was a boy, what were children his age learning about astronomy?  (see Mormon Parallels, p. 528).  What did most ordinary folk in his region believe about the Father and the Son?  (p. 1996)

?    One day before Joseph Smith got the Word of Wisdom, what happened in every American village and town?  (p. 1771)

?    Where was the great and spacious building which Joseph Smith saw at the exact time he dictated Lehi's dream of the iron rod?  What did the actual narrow path look like nearby, and why did it need an iron railing?  (p. 1374)

?   What clever young forger from the 1700s tricked famous writers of his day with names like Morven, Maronan, Nemi – and a hill called Carmora?  (p. 877)

?   Martin Harris met which famous scientist who believed that the Garden of Eden had been in ancient America?  (p. 1299)

?    The Book of Mormon's ancient Zoramites named their land after what modern-era theological term used in 1820s New York?  (p. 546)

?    Native sheep of Peru?  Ancient kings laboring with their own hands?  Evils of fine clothing?  What magazine told New York State farmers about these things in the 1820s?  (p. 1240)

Set deep in the woods of Central New York, RICK GRUNDER - BOOKS is not a walk-in store, but an original source for the origins of Mormonism. Think of this as a safe retreat in a fertile forest where words like "rare" and "fine" are used with discrimination and hopeful expertise. As the first Chairman of the Brigham Young University Library Bibliographic Department until 1981, then an antiquarian bookseller for a third of a century, I have worked full-time as a specialist in this field for nearly forty years.  I am located an hour's drive from both Palmyra, New York, and Susquehanna County, Pennsylvania, places where Mormonism began. In a setting such as this, amazing things can happen.


Published in digital form only as a large PDF file (234 MB). Available below on the CD Disc shown above, or by Direct Download . . .

I want it now!  CLICK HERE for Direct Download:  $9.95
Click this option, and you will be taken to a secure page showing a Masonic apron.  Click on the apron & scroll down there, to the orange box that says "I want this!"  After you pay, you will receive an immediate e-mail with a DOWNLOAD "button" to click whenever you are ready to save the file.

I want it all!  Get both for the price of one:   Order the Direct Download first, open the file, and find the first word that appears at the top of page 2292 of Mormon Parallels. That word will work (limited time offer) as a 40% "discount coupon code" when you order the CD above.  Combined price of everything will amount to $24.92.*  These are separate but easy, no-nonsense transactions on https-secure screens.

* Shipping costs (service available to most countries worldwide) will be added to the price of the CD (depending on your location and speed of shipment desired).  CD shipped within 24 hours by the manufacturer, TrepStar dot com (accepting major credit cards).  Direct Downloads fulfilled instantly by Gumroad dot com (accepting major credit cards).  Both are pleasant, well-established companies committed to simple, efficient service.   They want you to be happy, and so do I. 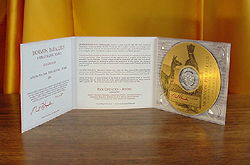